This playful and daring chair was designed as a fresh, modern take on ponderous and flourish Louis XVI chairs found in places like the Palace of Versailles or mansions of French aristocrats. The Louis Ghost Chair is a flamboyant hybrid of classical style and modern technology. This extraordinary piece of furniture with its extravagant and intriguing appeal, makes a great, dazzling addition to any modern interior.

The design of the Louis Ghost Chair was conceived by Philippe Starck, an innovative French industrial and interior designer in 2002. However, the history of the chair’s form dates back to the 18th century. Starck drew inspiration from the French decorative style developed during the reign of Louis XVI. The style known in art history as a mix of ornamental Rococo and more acetic Neoclassicism. Starck successfully reinvented the opulent Baroque form and brought it back into the 21st century. The prototype of the Louis Ghost Chair was first brought to the lime light at the International Furniture Fair in Milan in 2002. Well received by the critics and public, the chair was an instant success and was soon after launched into mass-production. It is commercially available under the Kartell brand. The chair is manufactured in Italy.

The chair can be described as the quintessence of Baroque clad in a contemporary, exciting attire. The overall appearance of the chair is extraordinarily appealing and stylish, which should come as no surprise since it is one of the items on display at the Philadelphia Museum of Art. It is very proportional and well-balanced and the use of the transparent polycarbonate makes it look both airy and light. In contrast to fully-upholstered furniture, it does not obstruct the room in which it is placed but enhances the perception of spaciousness, making it a perfect chair for modern “tiny” living.

Although the chair looks like a masterpiece of modern art, it is fully functional and very comfortable. Despite its translucent and evanescent appearance, the chair is famous for its durability. This delicate-looking piece of furniture is weather, scratch and shock resistant. The chair is injection molded in a single piece. The seamless form of the chair, without any joints and binders, makes it even more robust and stable. Additionally, it can also be stacked six high to save storage space.

The oval back rest and slightly undulated arm rests create a form that should be familiar to anyone who has heard of Versailles. The high level of comfort can be attributed to the deep seat pan and waterfall seat edge, which reduces the pressure exerted on the back side of the user’s thighs. The chair was originally available only in the translucent, clear plastic. Today, customers can order their Louis Ghost Chairs in either translucent or opaque variants. The translucent chair is available in five colours: Crystal, Smoke Grey, Straw Yellow, Sunset Orange and Ice Blue. However, the opaque version can only be white or black, both with a glossy surface finish. Despite its young age, Starck’s creation has already become a modern classic. The cutting-edge futuristic design, combined with the innovative use of materials, has earned the chair a very special place in the history of interior design. 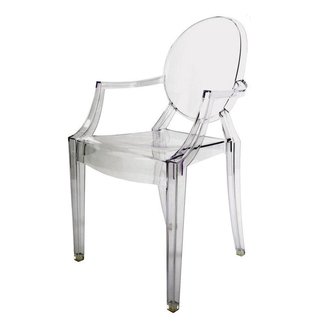 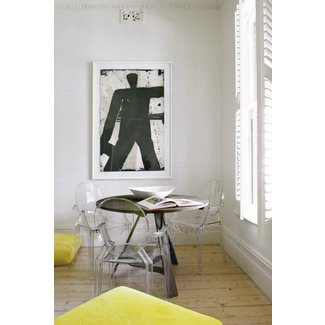 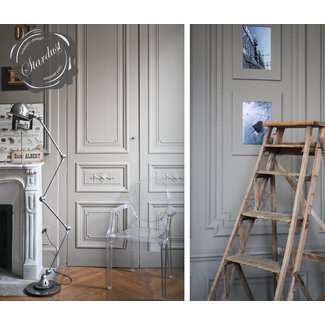 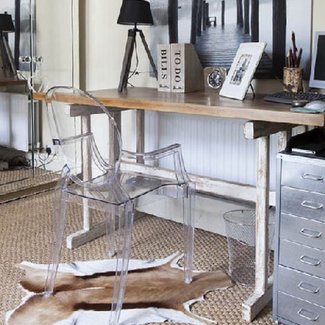 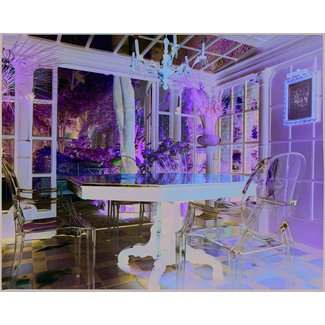 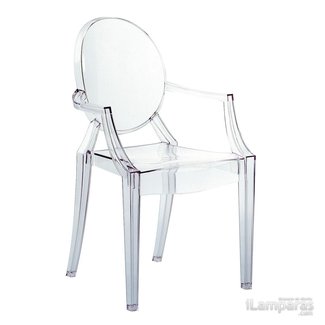 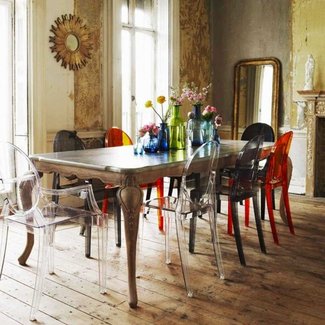 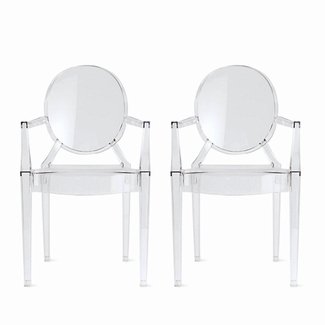 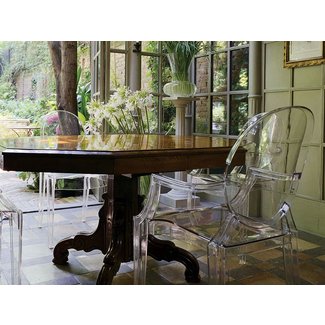 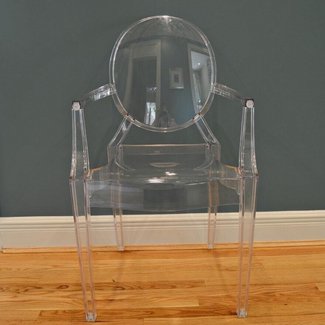 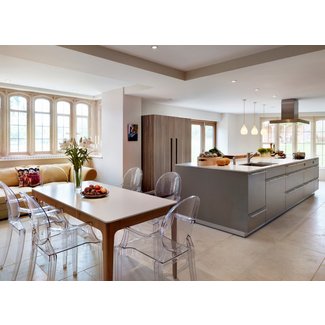 The Louis Ghost Chair: A Modern Balance of Design ... 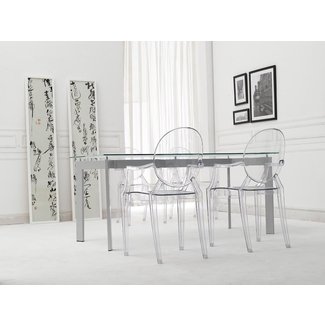 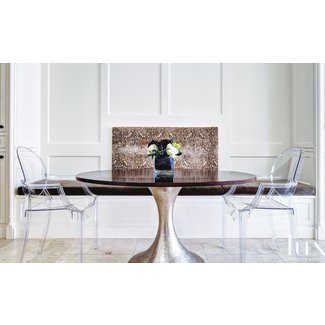 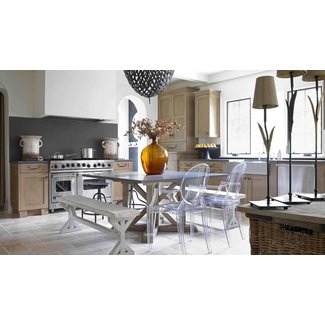 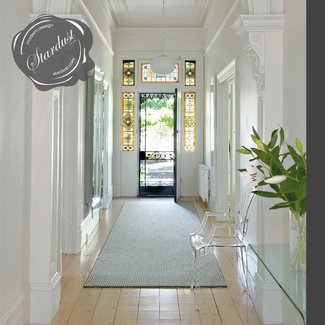 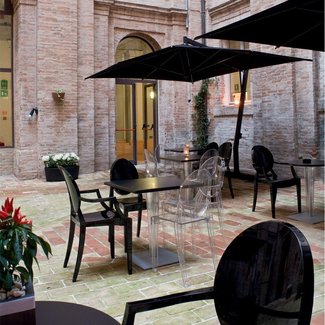