The Model B3 Chair, commonly known as the Wassily Chair, is arguably one of the most recognizable designs of Marcel Breuer - the legendary modernist and an iconic figure of 20th century architecture and design, who abandoned the idea of ornamental, bourgeois forms in favour of elegant simplicity. Breuer was still an apprentice at the Bauhaus when he designed the Model B3 Chair, the chair which would change the world of furniture forever. 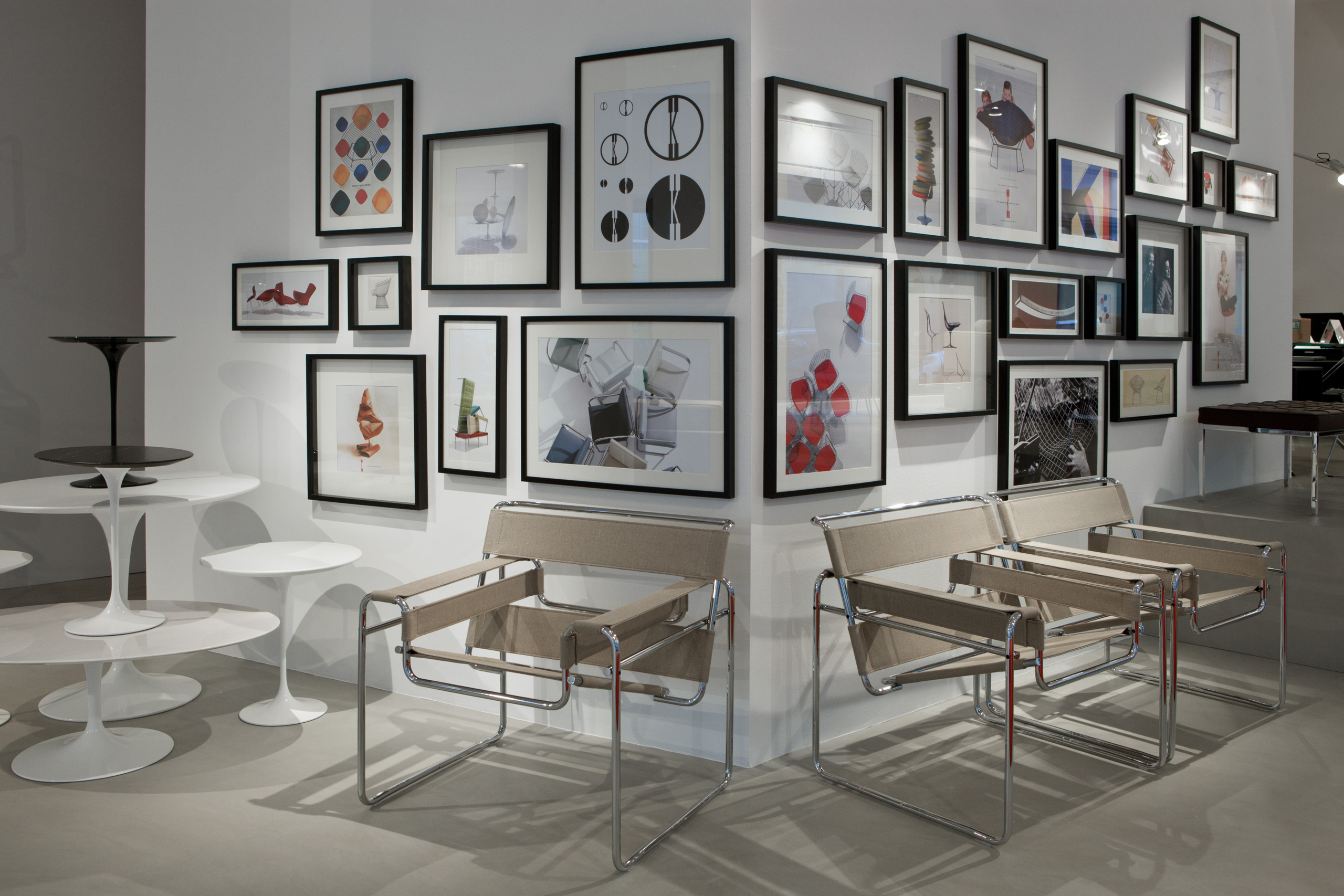 The origins of the Wassily Chair can be dated back to the beginning of the Modern Movement. In contrast to the historic trend of incorporating the past in furniture design, this era was defined by the idea of making timeless, universal objects that would resist the passage of time. This belief led to more simple, pure designs that were less prone to becoming obsolete. The concept of the simplified design was later developed by the Bauhaus, with which Breuer was closely associated. The main principle of the Bauhaus was to make everyday mass-produced objects beautiful yet practical and still attainable by ordinary people. Breuer’s involvement with that famous German art school began when he was just 18. He was one of the first and youngest students in the school’s history. His talent was quickly recognized and soon after he became the head of the carpentry shop, where he would conceive a multitude of iconic furniture designs.

The Model B3 Chair was first introduced in 1925. Its exceptional form was enthusiastically received by the Bauhaus and just one year later the entire facility was furnished with this modernistic furniture. The chair went into mass production in the late 1920’s and was initially manufactured by Thonet, the German-Austrian furniture company most known for its bent-wood chair designs, under the name of ‘Model B3’. Its production was brought to a halt during World War II. After the War years, Gavina, the Italian furniture company, picked up the license for the chair and named it after the non-objective painter and a colleague of Breuer's at the Bauhaus, Wassily Kadinsky. Currently, the Wassily Chair is available under the Knoll brand.

The Wassily Chair is undoubtedly one of the symbols of 20th century modernism, setting a new standard in furniture design for decades to come. Its design was refined down to essentials making the form of the chair very minimalistic and pure. The chair is said to be the first bent tubular steel furniture design. Its distinctive frame was inspired by the curvy handlebars of the Adler bicycle. The story behind the chair’s design was revealed by Breuer in the interview with a Knoll historian, where he said: “At that time I was rather idealistic, 23 years old. I made friends with a young architect, and I bought my first bicycle. I learned to ride the bicycle and talked to this young fellow and told him that the bicycle seems to be a perfect production because it hasn’t changed in the last twenty, thirty years. It is still the original bicycle form. He said, ‘Did you ever see how they make those parts? How they bend those handlebars? You would be interested because they bend those steel tubes like macaroni.’ This somehow remained in my mind, and I started to think about steel tubes which are bent into frames—probably that is the material you could use for an elastic and transparent chair. Typically, I was very much engaged with the transparency of the form. That is how the first chair was made… I realized that the bending had to go further. It should only be bent with no points of welding on it so it could also be chromed in parts and put together. That is how the first Wassily was born.”

Indeed, the form of the Wassily Chair is famous for its transparency. It can be attributed to its distinctive chrome coated frame made of bent steel circular tubes, which are connected with screws. Thick cowhide leather slings spanned on the frame create the chair’s seating surfaces, which are able to maintain their crisp tautness for decades. Customers can choose from three types of leather: Spinneybeck® Belting Leather available in 27 colors with edges dyed to match; white, beige and light brown Spinneybeck® Thick Cowhide Leathers as well as 8 options of Spinneybeck® Haired Hide.

Each Wassily Chair has the KnollStudio logo and the designer's signature engraved on the base.

The overall appearance of the chair is extraordinarily appealing and stylish. It is very proportional and well-balanced and the use of the frame makes it look both airy and light. In contrast to fully-upholstered furniture, it does not obstruct the room in which it is placed but enhances the perception of spaciousness. Even today, almost nine decades after its presentation, when modernism is not an extravagant or radical concept anymore, the Wassily Chair has neither aged nor become trite. It still looks fresh and contemporary. 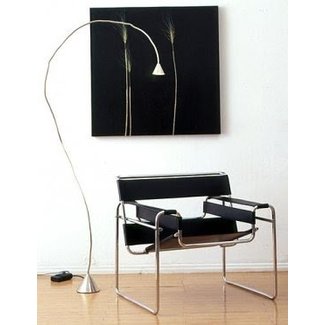 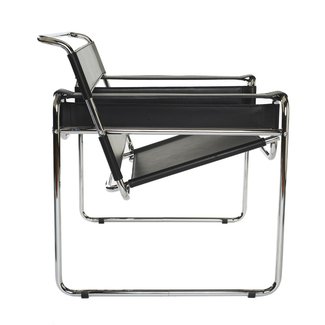 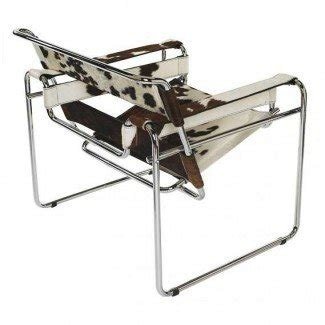 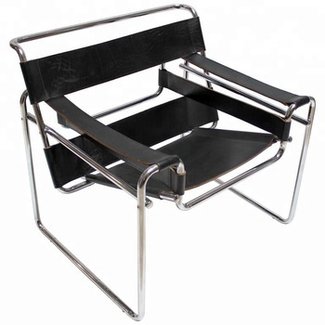 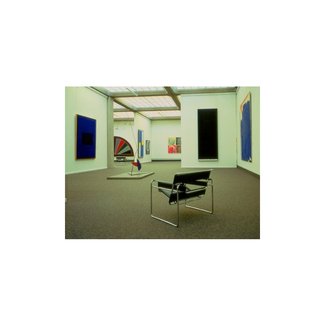 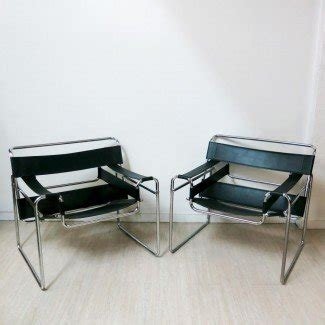 Wassily Chair by Marcel Breuer, 1980s for sale at Pamono 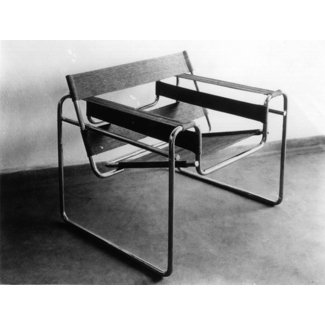 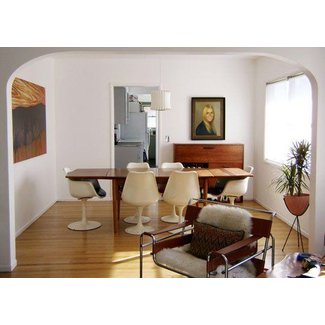 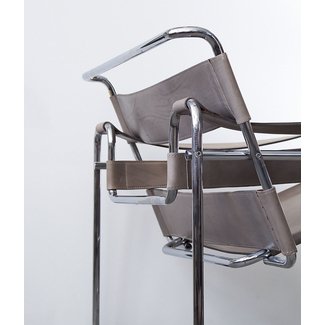 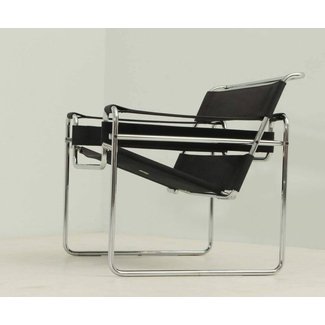 Wassily Chair by Marcel Breuer for Gavina at 1stdibs 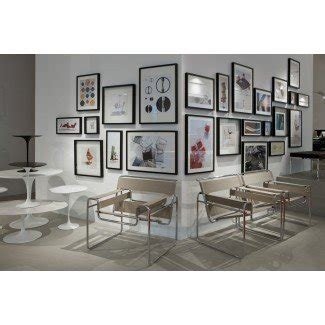 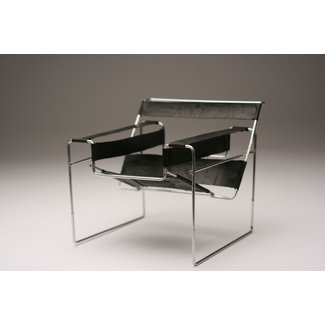 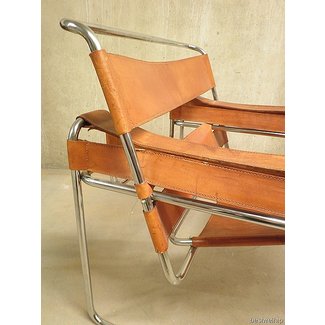 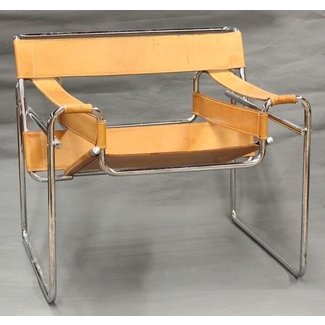