A vintage Gucci bag is far more than a handbag or piece of luggage. It is nearly a century of colorful history and social change. In 1920, Guccio Gucci, an immigrant worker who had been employed in a hotel in Paris, had been so impressed with the fine luggage he saw there, that he began a shop of his own in Florence. Florence was a city famed for its artisans. He hired skilled leather workers, and although he set up his shop for industrial style production, he emphasized craftsmanship and excellent finish.

The first bags were leather. But during World War II, because of shortages, the Gucci bags were made of canvas. Guccio Gucci had three sons, and when they were old enough, he expanded the company. Stores were opened in Milan and Rome, and more items were added. Handbags, shoes, silks and knitwear, as well as the original luggage pieces were marketed, all bearing the GG logo. For a time, it seemed the company could do no wrong.

But then Maurizio Gucci took over the company in 1983. There had already been disputes and problems, and it quickly became clear that Maurizio was unable to manage the company successfully. In 1988, he was forced to sell the company to Investcorp. There were several years of change following that sale, but the company continued to grow and produce fine clothing, handbags, and luggage. One of the changes included, for a time, part-ownership with Stella McCartney and other notables. Currently, the CEO is Marco Bizzarri. Bizzarri emphasizes social responsibility, and as of 2018, fur is being removed from Gucci creations.

Gucci bags have long been synonymous with quality. As you might guess, vintage Gucci bags are unlikely to be an item that you will find in your average vintage clothing shop. In some cases, a vintage Gucci bag might well be worth more than a current production item.

Even slightly distressed Gucci items could be worth a great deal. But when you are carrying a Gucci bag, you can feel as if you are among the privileged of the world. 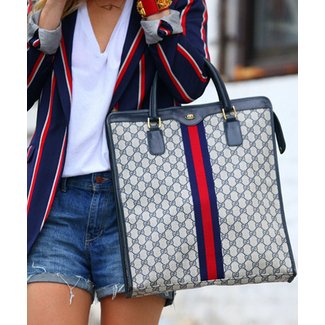 vintage tote bag by Gucci made of their signature logo web canvas with navy trims and leather handles. The perfect overnight bag that can go from classic to casual and can be paired with jeans to dressy slacks. A must have for collectors. 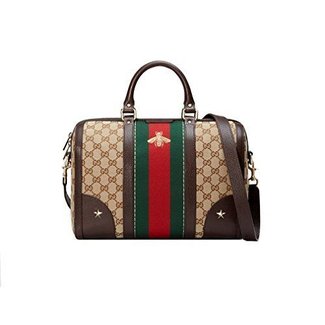 With a vintage look and design, this Gucci embroidered bag is perfect if you're looking for something classy and elegant. You don't have to worry about fakes thanks to the manufacturer-provided authenticity card. As it's from Gucci, you can expect high-quality materials and craftsmanship. 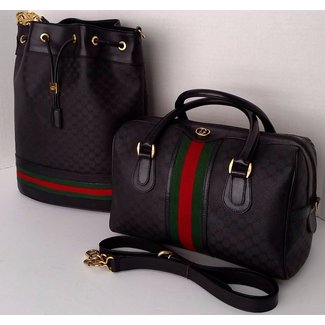 Gucci vintage bags are more than a piece of luggage or handbag and synonymous with quality. These black with red stripped duffel bag and tote are no exception. Perfect for weekend trips or going to shopping using then tote to carry things. 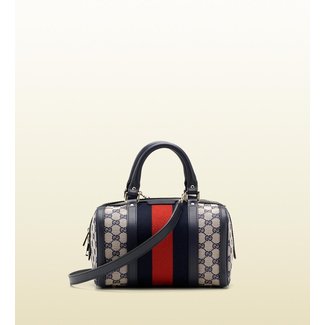 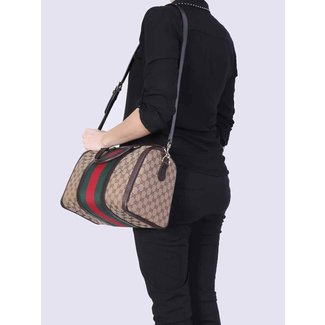 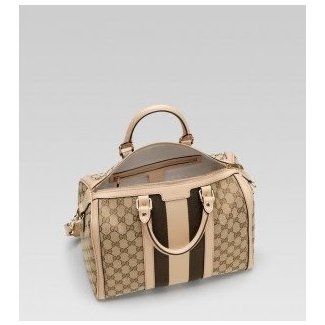 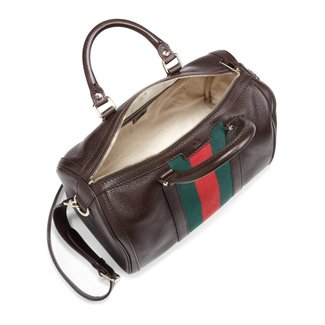 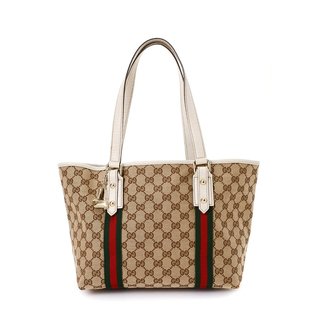 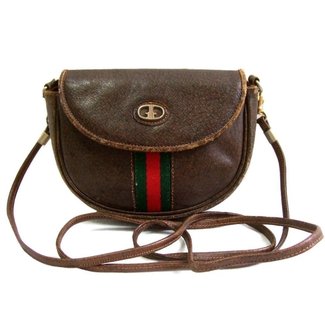 Gucci Bags Made In Italy. Vintage Old GUCCI Gucci Made In ...